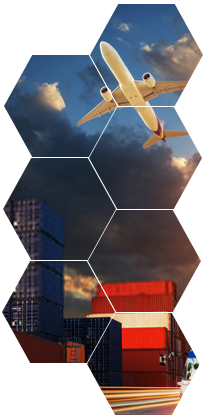 Being one of the most vibrant economies amongst the developing countries, Turkey acts as a natural bridge between the East and the West, connecting Asia and Europe together.

Overall trade in Turkey has been increasing at a surprising rate and the region’s global presence is continuously rising. Turkey’s 1.2% share in the global trade in 2012 is expected to surpass 1.5% by 2025.

Wanting to use this advantageous position, Turkey has recently made large infrastructure investments by the public and private sector, developing its logistic services greatly. In this time period, many new airports were constructed, tracks were laid for a larger highspeed train coverage, and the capacity of the Turkish ports were increased. Turkish government, to further develop its logistic infrastructure, has laid down ambitious goals to be reached by 2023. Additional highway construction, increasing the rail capacity, the construction of new airports, increasing the share of maritime transport in total transports and building new large ports on each of the seas surrounding Turkey are among some of these goals.

Within the scope of these targets, it is predicted that the sector has the capacity to create a significant increase in productivity while improving business processes with the support of the technology revolution, and is open to important investment areas and development, especially in the medium and long term. With the strengthening and increase of e-commerce and retail activities and the expectation that 40 percent of all retail activities will come from e-commerce in the coming periods, it becomes obvious that the growth of the logistics network will be further supported.

Corintco offers solution and public communication-oriented services in mergers and acquisitions, and with the problems encountered in legislation and implementation to companies that will invest in sea, air and land transportation, and those with existing investments in these sectors.